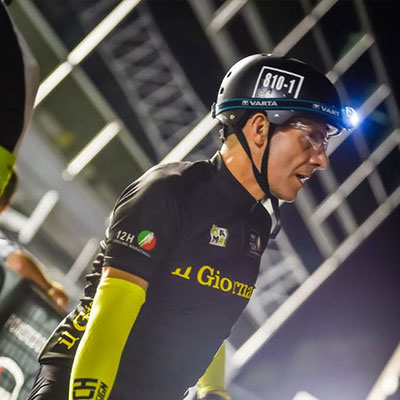 Two passions: crime news and cycling. My job led me to tell stories about murder victims, my life to chase my dreams on the bicycle. Those dreams that, eventually, in Mexico City over the course of an hour, Francesco Moser managed to make them here to stay.

Deputy editor-in-chief at “Il Giornale” he has been a professional journalist since 1995. Among his books are to be found: Almanacco of sport (Ed. il Castello), I bimbi di Overland (Tueor) following Beppe Tenti and his trucks around the orphanages in the Eastern world and Lo sport rende felici più dei soldi (Fuori dal coro). Married, 58 years old with three children, he is a triathlete (poor) and he has been telling about sport on his blog Vado di corsa on the online pages of “Il Giornale” daily for many years.