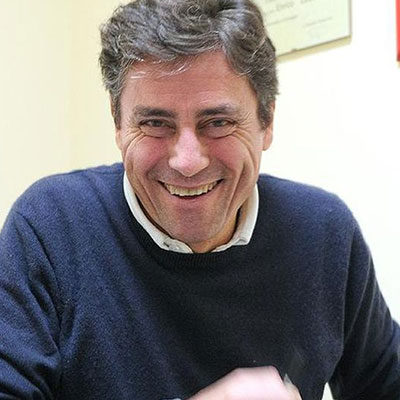 Twenty-seven Giro d’Italia, ten of which within the peloton while the remaining ones in front of a microphone for RAI, Radio Televisione Italiana. The pursuit of sport performance has given way to the pride of being capable of telling the Giro to the Italians. I love writing – maybe on day I will tell the many adventures of my career in a book. For now, I enjoy telling a Giro that won’t take place. Definitely way harder than sprinting for victory.

Silvio Martinello won five track cycling World Championships, one gold medal at the 1996 Olympic Games and a bronze medal at the 2000 edition. On road he won several important races, among which two stages at Giro d’Italia. In 1996 he wore the pink jersey for four days.