The Blue Flags of Legambiente and Touring wave on the coast of Porto Sant’Elpidio, a town in the Fermo area that is spread between hills and sea. The Giro route travels up the Adriatic coast of the Marche along SS 16 through scenery of Renaissance harmony: variable geometries of cultivated fields on the slopes, scattered farmhouses, smatterings of oaks, cypresses, hornbeams and elms here and there. Beyond Chienti, the Macerata area begins with Civitanova Marche – tourist and commercial centre known for its multiple expressions of choreographic art – Porto Potenza Picena and Porto Recanati.

Here, the route leaves the sea, penetrating into the hills steeped in Leopardian memories, with the grandiose sanctuary of Loreto, a famous pilgrimage and tourism destination, on the horizon. Circumnavigating the Conero, one passes by Osimo Stazione, dominated by the village of the same name on the crest of the hills that separate the valleys of the Aspio and Musone rivers, to return to the coast north of Ancona near Palombina, along a sandy beach that stretches to Falconara Marittima. All the way to Pesaro, the coast is flat and linear, with rows of holiday homes and port towns rich in art and culture such as Senigallia, an 18th century laboratory of neoclassical town planning, and the medieval Fano.

A look at Arnaldo Pomodoro’s Big Sphere in Piazza della Libertà, which breaks the Pesaro seafront in two, then from the canal bridge, SP 44 enters Monte San Bartolo Park along winding roads. Curves and climbs through shady green scenery offer splendid views of the sea and cliffs on one side and the countryside on the other as far as Gabicce marina, which is dominated by the Gradara hill and separated from the Tavollo river by the Romagna town of Cattolica. From Misano Adriatico the SP 50 leads inland to Coriano, a village of the Resistance during World War II, where a gallery-museum recalls fellow citizen Marco Simoncelli, a motorcyclist who died at the age of 24 in 2011. Further on, the lower Marecchia valley offers views of the rolling Montefeltro hills from Santarcangelo di Romagna, but the Giro route heads straight to Rimini, flying along the Via Emilia for the last 10 km. 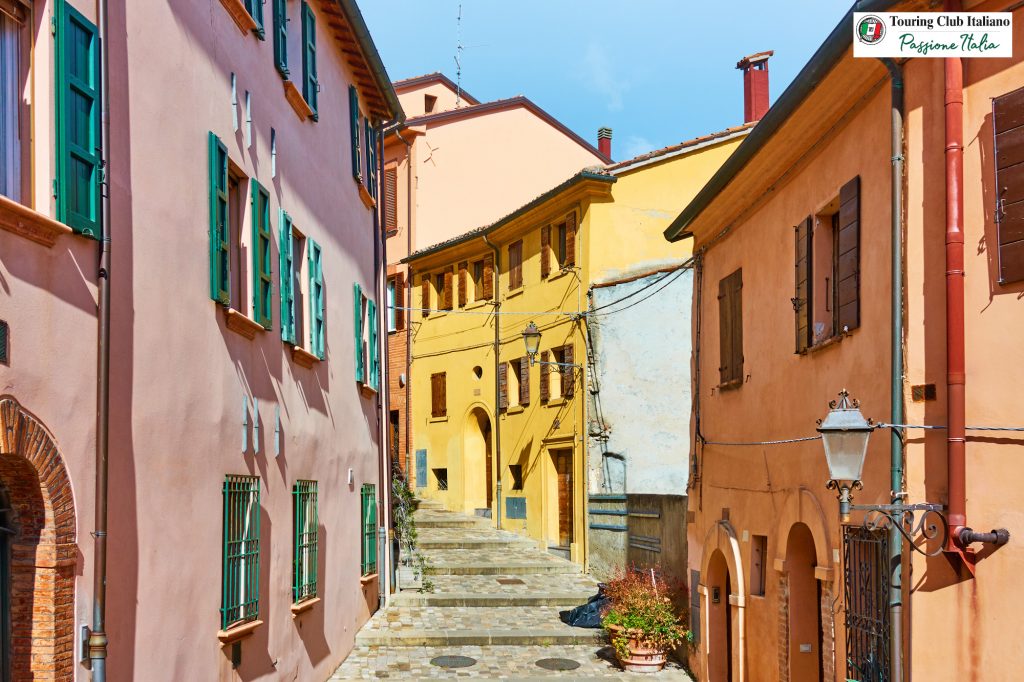 The seaside resort of Europe, at the centre of the vast Romagna Riviera conurbation, Rimini preserves precious testimonies of the Roman town Ariminum in its historical centre. It was a colony at the meeting of three major roads (Emilia, Flaminia and the Popilia coastal road), a Renaissance city and centre of art nouveau in the early 20th century, when VIPs populated the rooms at the Grand Hotel. The architectural icon of the Renaissance is the Malatesta Temple, renovated between 1447 and 1460 by order of Sigismondo Malatesta (who is honoured inside in a portrait by Piero della Francesca), with the majestic unfinished facade by Leon Battista Alberti. The 20th century image of the city is linked to the genius of Federico Fellini, the centenary of whose birth occurs in 2020: the Federico Fellini International Museum, set up in the rooms of Castel Sismondo, will be dedicated to the master, while the Fulgor cinema will run a continuous screening of his films. 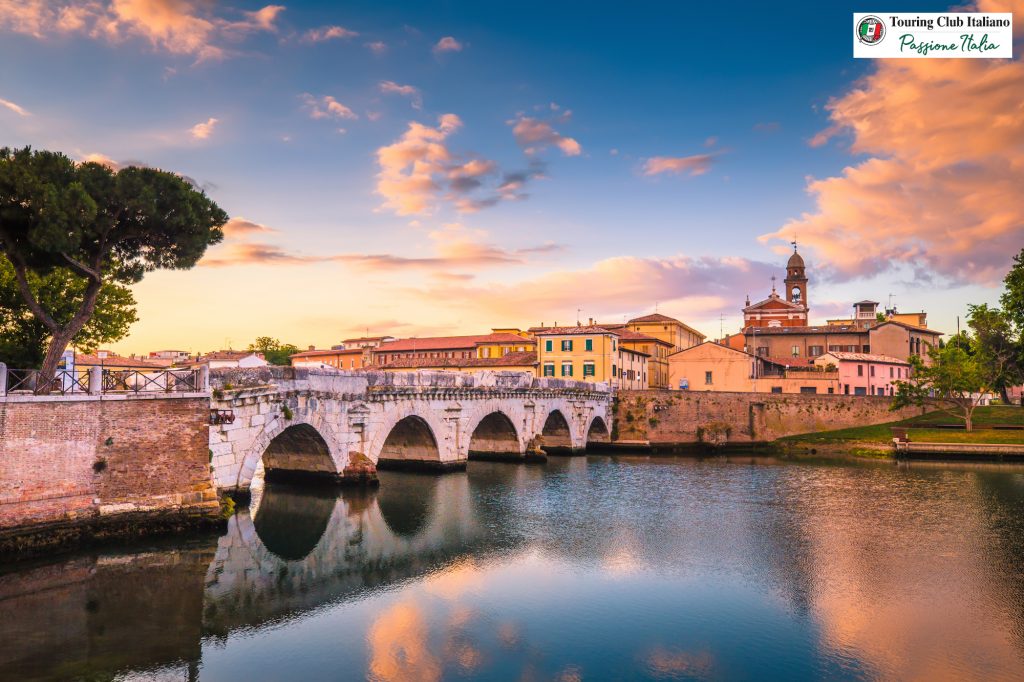