Just beyond the Piave river, between Conegliano and Valdobbiadene, the pre-Alpine plateau of the upper Marca Trevigiana knots into a series of discontinuous hilly areas, through which the time trial passes, quickly leaving the SP 635 behind to climb the Muro di Ca’ del Poggio. In these lands, now dedicated to the monoculture of Prosecco but once very poor, food and wine traditions follow the trail of bubbles but also the flavours of asparagus and strawberries, radicchio and mushrooms. Vineyards and woods as far as the eye can see cover the sometimes impervious slopes, interrupted here and there by the stem of a bell tower or an isolated cypress, and by the winemakers’ cottages. Along the state road, small agglomerations gathered around a parish church such as San Pietro di Feletto, Refrontolo, or Pieve di Soligo, which gave birth to Andrea Zanzotto (1921-2011), a luminary of 20th century poetry who was very close to the land. This did not stop him from criticising the destruction of peasant culture, wild urbanization, and the standardizing misery of globalization. But like us today, his antennae were always ready to pick up signs of hope, in every flower blooming behind the “hundred stinky sheds”. Continuing along SP 32, Farra di Soligo precedes the succession of sharp climbs from Col San Martino to Guia and San Pietro di Barbozza – starting point of the Anello del Prosecco, a naturalistic itinerary covering 15 km of undulating vineyards – before the descent towards Valdobbiadene. 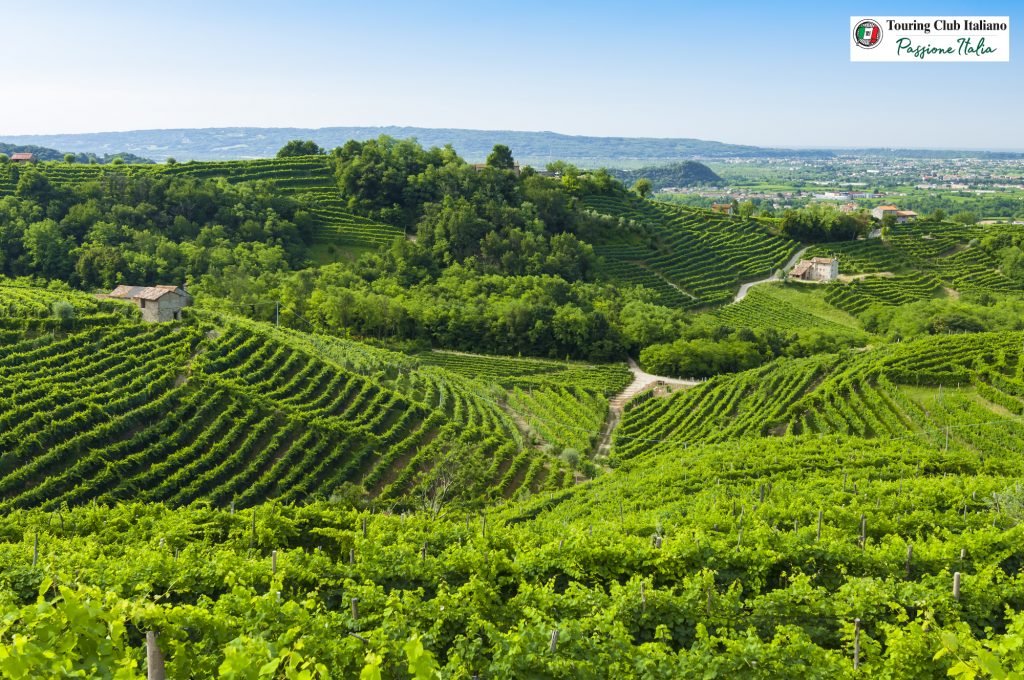 The establishment of the Royal School of Viticulture dates back to 1876, ensuring that Conegliano would become one of the Italian wine capitals, renowned worldwide for the quality of its prosecco. Stretched along the slopes of a hill between the Ruio torrent and the Monticano river, it was endowed with a triple walled enclosure and a canal connecting the two rivers during its brief Scaliger domination (1329). Corso Vittorio Emanuele and Corso Mazzini, an axis of modern expansion, correspond to the ancient moat buried outside the walls. The upper part of the ancient town centre maintains a genteel Venetian atmosphere with porticoed streets and frescoed houses. Just outside the town, country hills, castles, colours and lights evoke the scenes painted by Cima da Conegliano (around 1459-1517), who was born and worked here for much of his life. 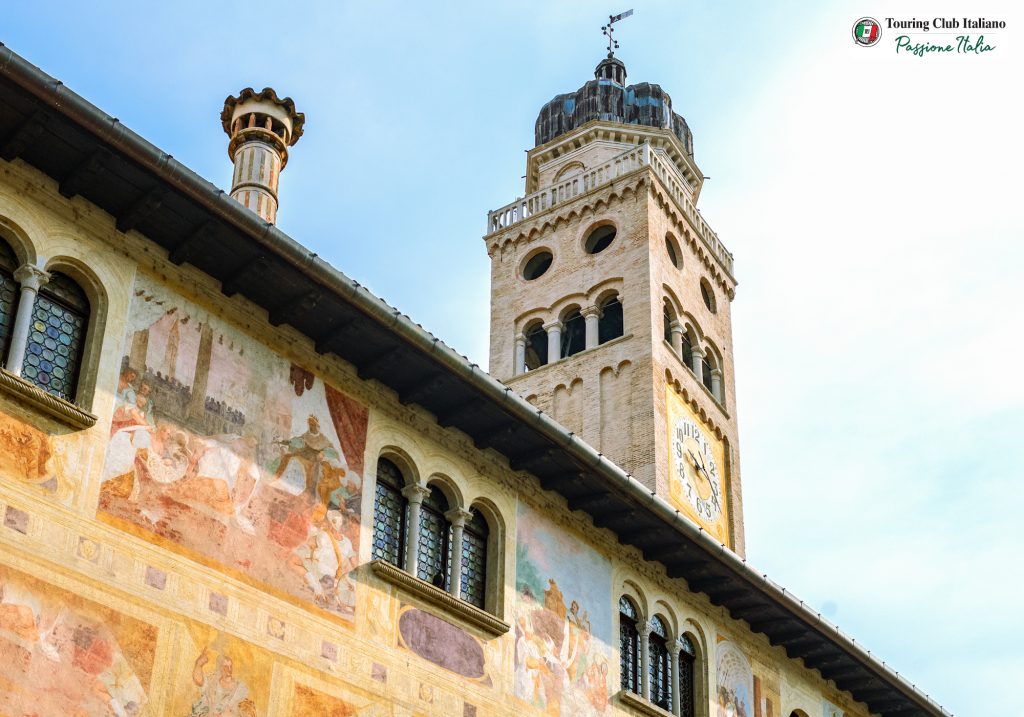