This is the second of two stages that take place entirely in the Friuli region. Covering over 200 km, the route was designed to blend the slopes of the pre-Alps of Giulia and the banks of the Tagliamento river. The curtain rises over Udine, which has always been the geographic centre of this region that clings to both the Alps and the Adriatic. With a little luck, on a clear day, from the castle on the hill, your gaze can take in the violet profile of the mountains, scree on the peaks, the darker spots of the woods, the clear furrows of the streams; and to the south, the shimmer of the low plain and the white glow that precedes the sea.

With the first turns of the wheels, the group moves slowly across the stage of an ancient, elegant and sober city, which is not unlike the character of its citizens. Piazza I Maggio, the Patriarchal Palace, the Duomo and Piazza Matteotti line the route to the gate north of the capital. Here, the pace changes with the first climb of the day, up to the Madonnina del Domm that is loved by the local enthusiasts.

The gear ratios are still high entering Cividale del Friuli. At the mouth of the valleys that climb towards the Slovenian Alps is a handkerchief a few hundred metres across; houses with painted facades overlook a network of cobbled streets and quiet squares, some clinging to the rocks that overhang the Natisone. Cividale has an Italian Touring Club Orange Flag, thanks to the quality of its welcome, and the richness and variety of its history, culture and countryside. Since 2011, Cividale has been a UNESCO World Heritage Site because of its extraordinary Lombard heritage.

The second act of the stage opens in the eastern hills of Udine, a real “vine and wine park”. The hills covered with woods and vineyards leave room for small villages. In this harmonious landscape, close to the pre-Alps of Giulia is Tarcento, adorned with villas that remind us that this was a holiday resort for nobles in the 19th and 20th centuries.

The final act is played out on a circuit to be completed twice, with gradients of 16% on the slopes of Mount Ragogna, giving the long-distance riders a chance. The grand finale is the finish in San Daniele, the most important town in the western Friuli hills, famous all over the world for its sweet and unique prosciutto ham, which is truly tempting after 200 km of fatigue. 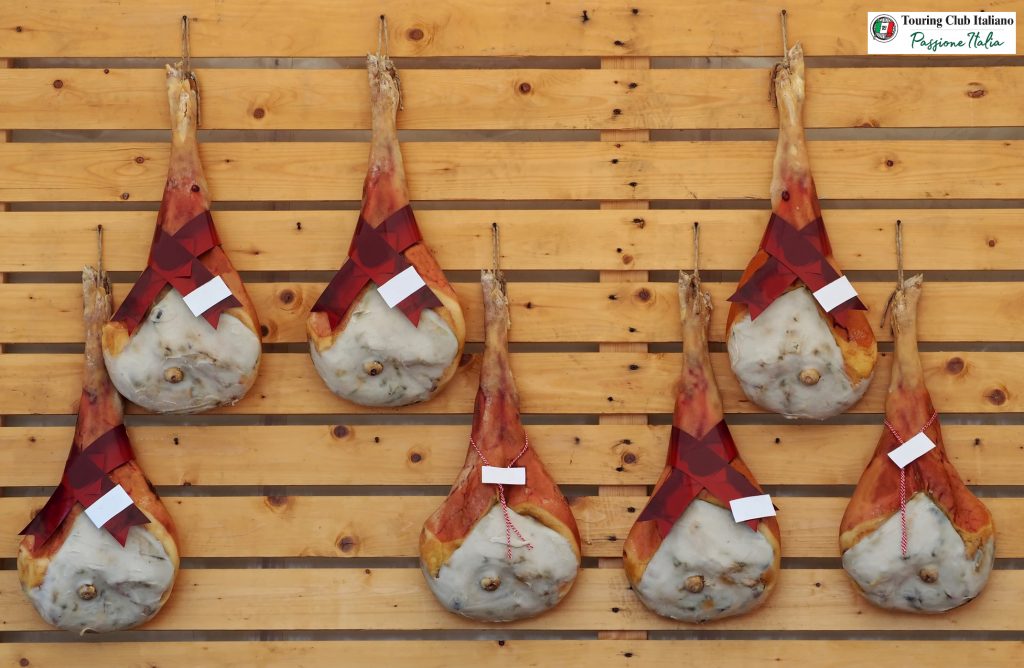 Gliding over Udine from the castle on the hill, the roofs of the city and the historic centre, farther north, are surrounded by the violet profile of the Alps. Udine is a city to be experienced on foot, walking through the historical centre. The historical-artistic and architectural destinations are intertwined with references to artisan and food and wine traditions, markets and taverns that demonstrate that people are still linked to their past. From the castle and Piazza della Libertà, the places that symbolise the city’s identity are found, from Piazza I Maggio to the Patriarchal Palace, the Duomo and Piazza Matteotti. Just beyond the historic centre is Porta Aquileia, to the southeast, or the Modern Art Gallery, to the northeast. Of course Udine, the capital of the region, is not exactly a city on water, but the beauty of some of its canals is dazzling.