Halfway between Budapest and Lake Balaton, the historical city of Székesfehérvár, at the foot of the Bakony and Vértes massifs, introduces the visitor into the lakelands bordering the Bakony Forest. The lake covers about 200 km, with low-lying, straight shores to the south (partly levelled in the 19th century) and dominated by soft hills to the north, which the Giro route follows almost entirely, with just a few detours into the hinterland.

At Balatonalmádi, a sandstone balcony set into an amphitheatre of vine-covered hills, the route turns north, touching on Veszprém, which is snuggled into the mountains, before climbing sharply to the Tihani promontory, an extinct volcano, 130 m directly above the water. We are in the Balaton Uplands National Park that protects a precious naturalistic area overlooking the lake. Following a detour inland to the Tapolca Basin, we reach the most westerly point of the lake between the popular tourist resorts of Keszthely and Heviz, before the final sprint to Nagykanizsa, gateway to the puszta, the great Hungarian plain.

The picturesque promontory jutting out over the water, with its forest-green profile and crowned by a well-known abbey, is one of the postcards of Lake Balaton, which is traversed by a bicycle trail offering 40 km of demanding climbs. The little village is a tourist’s dream; tiny stall-invaded streets clamber up the hill between houses with typical reed roofs, some with bull’s-eye windows. Overlooking it all is the Benedictine Abbey, founded in 1055 but only completed in the 18th century along Baroque architectonic lines. Two bell towers with bulbs and a decorated gate introduce the Abbey church with its sumptuous Baroque-Rococo design, work of a single carver. On the southernmost point of the promontory, the lake resort extends around the ferry port to Szántód, on the south Balaton shore: here the lake is 1.5 km across at its narrowest point. From the nearby clearing at Csúcs-hegy, overhanging the lake at 232 m, the view encompasses the whole of Balaton. 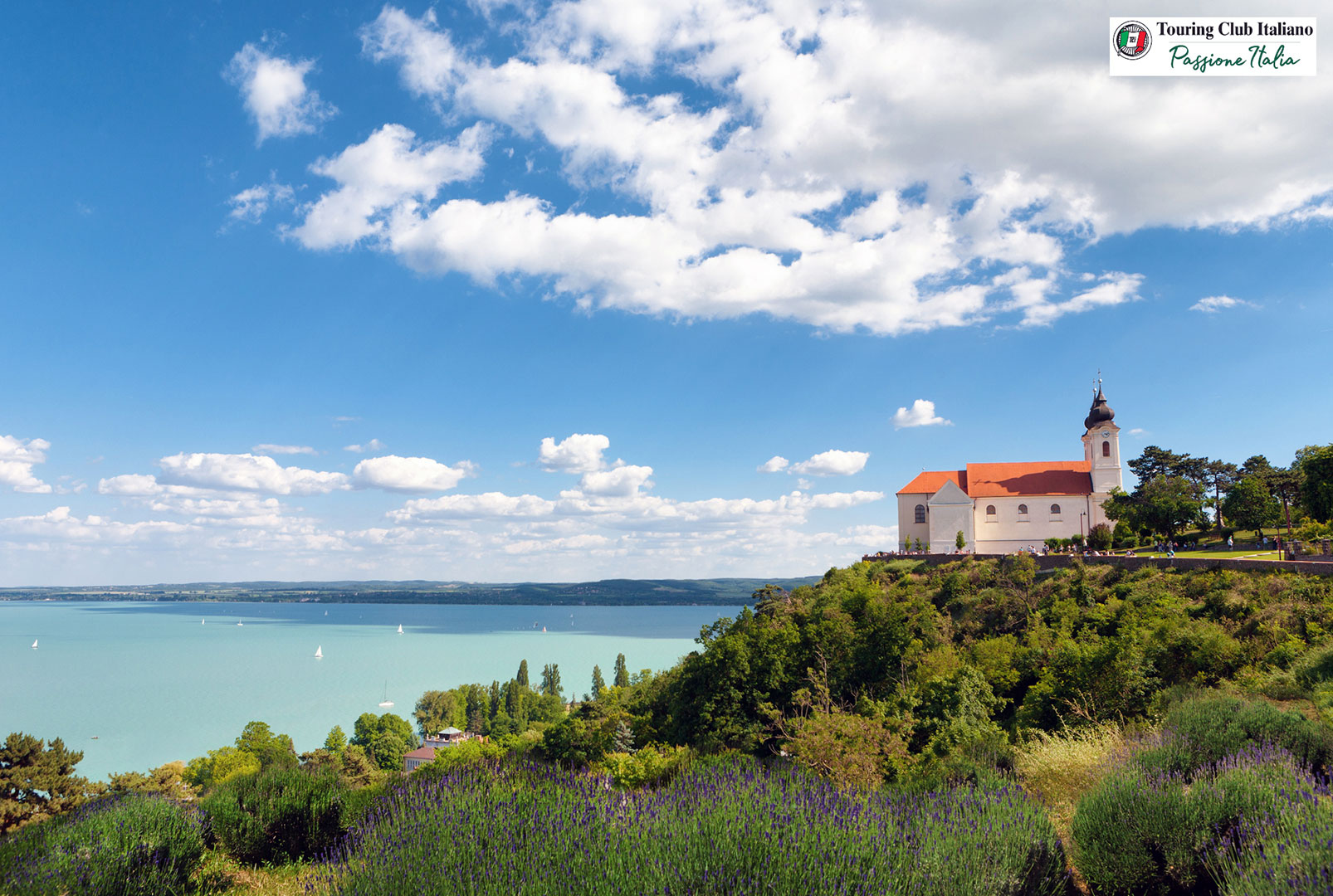