From the Monreale Cathedral Square to the Valley of the Temples in Agrigento, the route of the fourth stage cuts Sicily lengthways from north to south, passing through a multitude of landscapes and a whole spectrum of historical, environmental, architectonic, literary and atmospheric glories: we are in the lands of Pirandello and Tomasi di Lampedusa, Sciascia and Camilleri.

The Conca d’Oro or golden valley, the hilly arc that encircles a densely urbanised and cultivated Palermo, fades away as we travel along State Road 121 into sparser landscapes, interrupted here and there by isolated urban centres and arable cultivations. Leaving the Arab-Norman memories of Misilmeri and the Albanian memories of Mezzojuso – populated in the 15th century by refugees fleeing their country following the advance of the Turks – three hills mark the peak of this stage near Lercara Friddi, which was once a strategic sulphur-mining outpost on the road that connected Palermo and Agrigento.

The halfway-point is marked by the Rock of San Vitale that overshadows the small medieval town of Castronuovo di Sicilia. Then, it’s on to the Agrigento region, starting in Casteltermini, an inland area that is completely different to the Mediterranean image we all have of Sicily: it is hilly and even mountainous, rough and green. Zigzagging between the hills, the road skims the lunar landscape of the little Aragona volcanos before opening onto State Road 122 at Favara, a village watched over by the pale bulk of Chiaramonte Castle.

The first view of the spur of Agrigento, with its green frills looking out to sea before the Valley of Temples, must be breath-taking, even from the saddle of a bike. 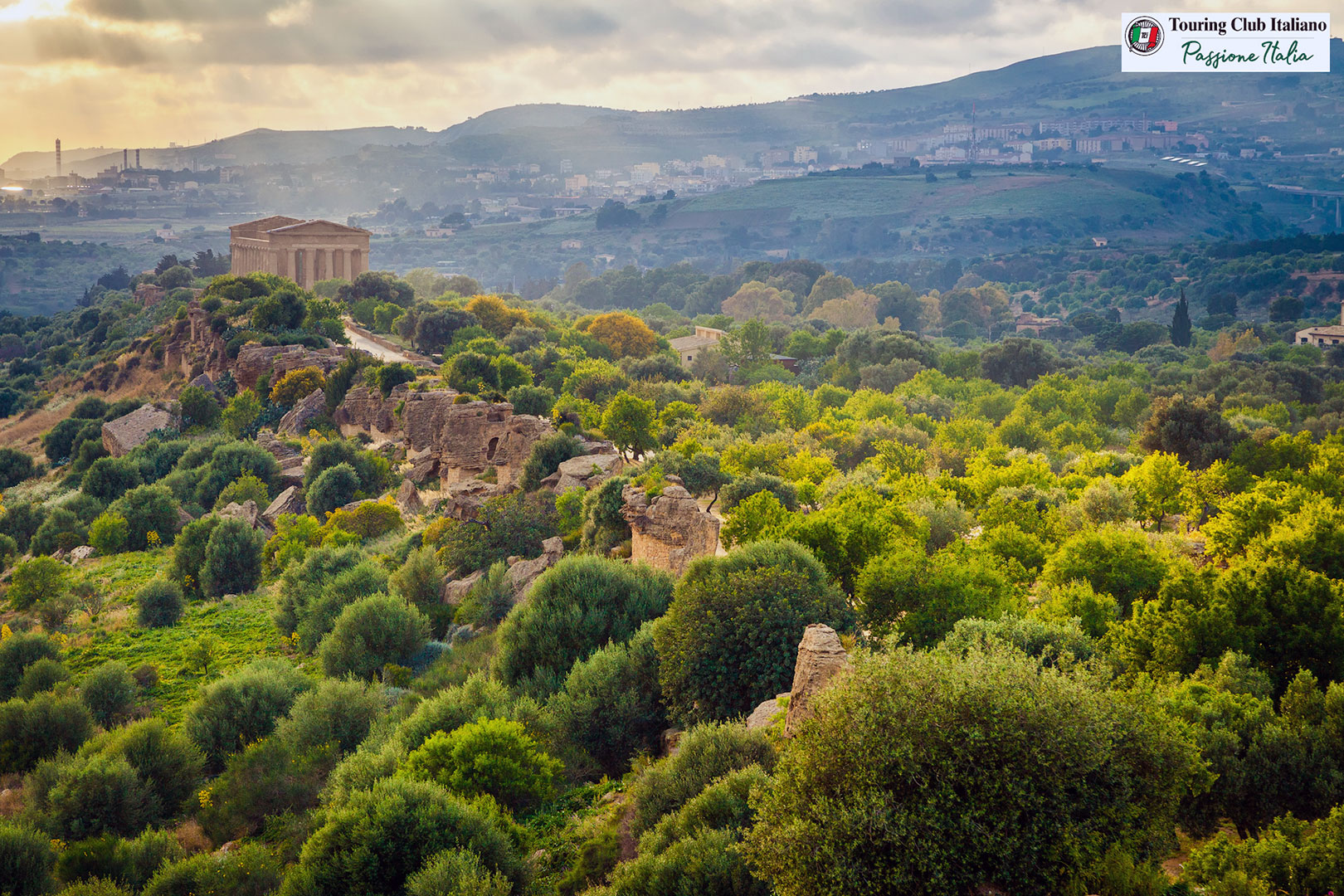 An architectonic masterpiece from the Norman age, the Cathedral enjoys a panoramic position in the heart of Monreale, a centuries-old centre of ecclesiastical power in the Palermo area. Islamic, Byzantine and Romanic mix in one of the most amazing creations of medieval Italy. Clamped between two towers, the facade is formed of three interweaving arches with polychrome stone inlays. Inside, the three naves are adorned by elaborate, gold-based mosaics that were created between the 12th and 13th centuries by local masters who studied under Byzantine mosaic artists. One of the finest examples of their work is the colossal half bust of the Cristo benedicente with the Greek word «Pantocrator» in the arch of the middle apse. The square cloister of the ancient Benedictine monastery is another architectonic jewel from the end of the 12th century. 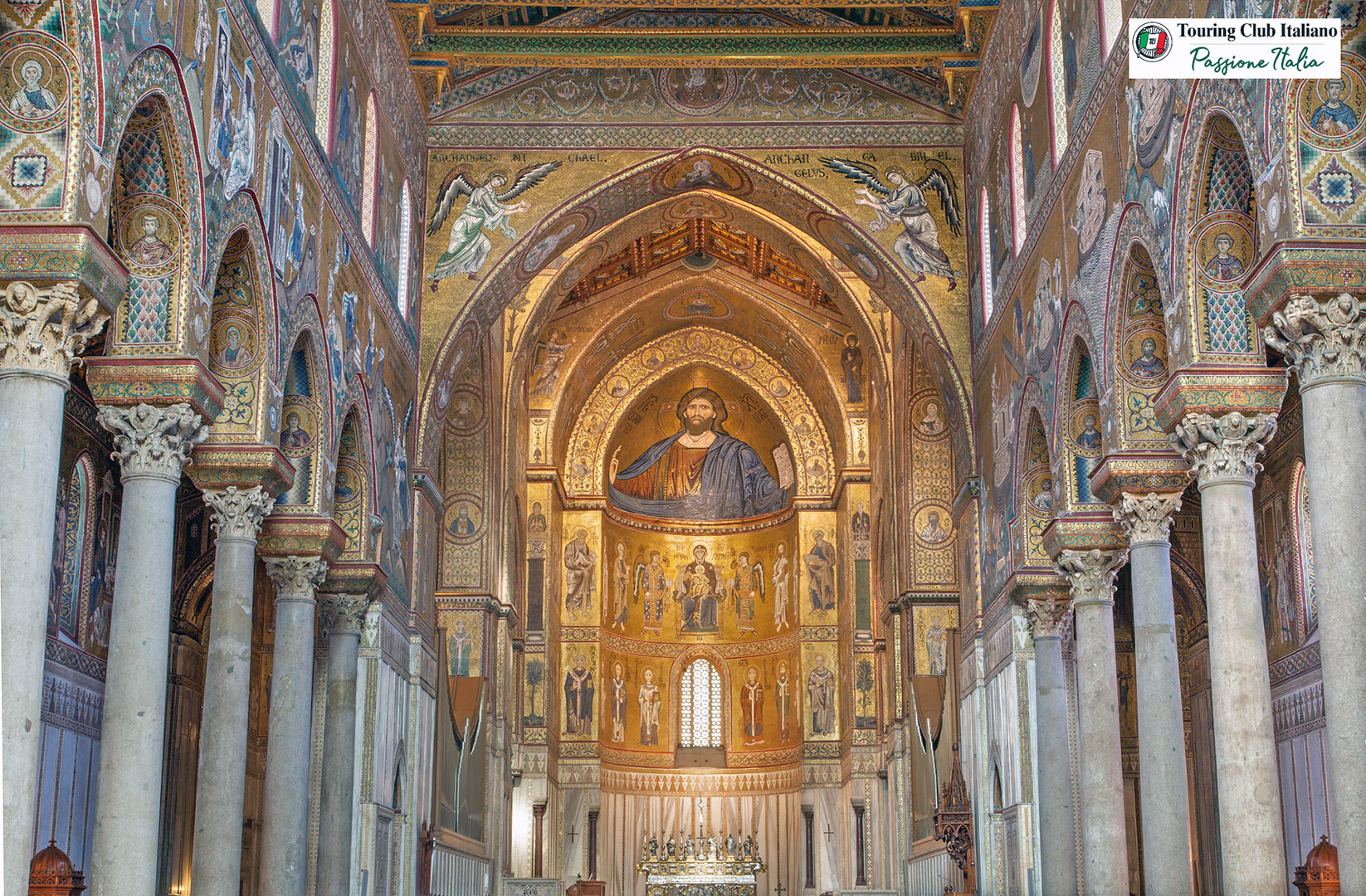