A small, fortified town, Giovinazzo in the Bari hinterland, is the starting point for this stage entirely along the coast. With the sea to the right, always just a glance away, the SS 16 twists its way around four built up areas that are rich in history, with cathedrals modelled into the rock: Molfetta, Bisceglie, Trani and Barletta. In the countryside too, rock is centre stage, in the prehistoric dolmens, watchtowers, and dry stone walls that border the olive groves and extensive cherry and almond orchards. After the Ofanto river, the route crosses the Margherita di Savoia saltworks, with its tanks in the shadow of the huge water-absorbing structures. It then enters the Foggia region at Zapponeta, the southernmost point of the Gulf of Manfredonia. The Gargano coast starts from the Siponto waterfront, after a glance at the sober Romanesque features of the Basilica of S. Maria Maggiore in Siponto.

From Manfredonia port, the climb up the spur becomes more breath-taking at every curve that leads to the peak of Monte Sant’Angelo, seat of Gargano National Park. Then it’s downhill to Mattinata, the only town on the Adriatic side of Apulia that faces south, protected from the northerly Tramontane winds. From Mattinata to Vieste the road rises and falls, with steep drops down to the sea, offering more picture-postcard views: the chalky cliffs, surmounted by Aleppo pines and Mediterranean scrub, fall vertically into the emerald green water. Here and there, catch a glimpse of the “trabucchi” roosting on the cliffs, some of them transformed into restaurants. The race concludes in Vieste with a circuit of about 13 km, involving a series of short climbs near the Swabian castle, on the high part of the promontory. 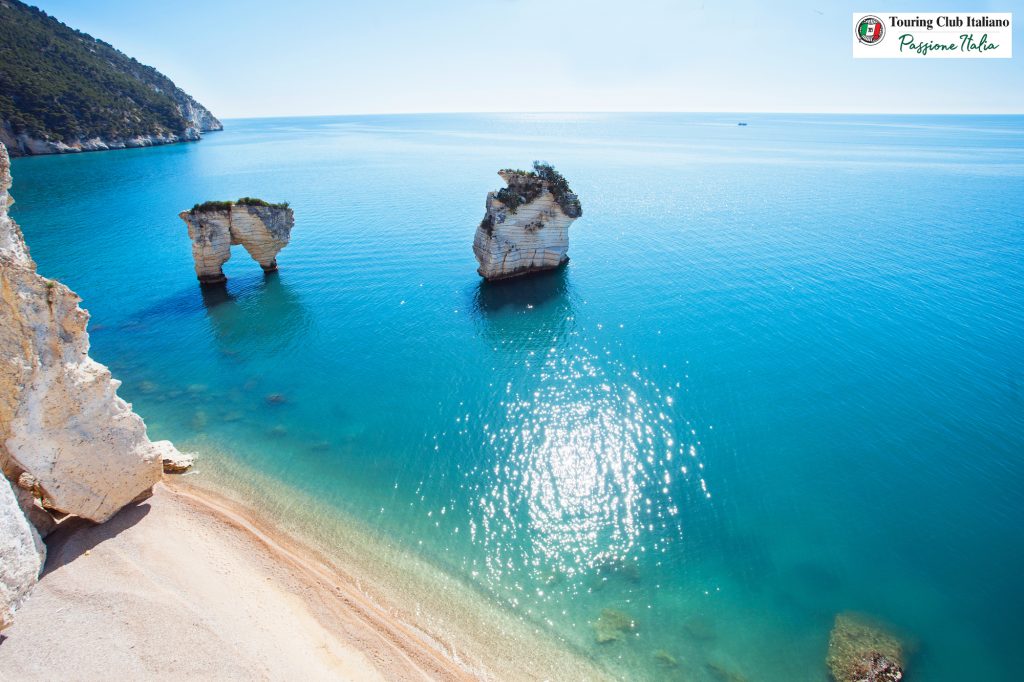 A densely populated town with a lovely historical centre, caressing the sea, Trani is famous for its Cathedral, a jewel of Romanesque architecture in Apulia. It stands out on the promontory of the first town settlement, its facade turned towards the nearby castle, while its three semi-circular apses face the port, following a tradition that is common to the whole Adriatic and indeed the Dalmatian Coast. Construction to incorporate three churches, one on top of the other, began at the end of the 11th century. The Cathedral has a majestic facade and is accessed by a double staircase that meets at the entrance door, the frame and vault of which is packed with symbolic and human figures. The high nave, covered with nude trusses is beautifully illuminated at sunset by the sun’s rays penetrating the great rose window. 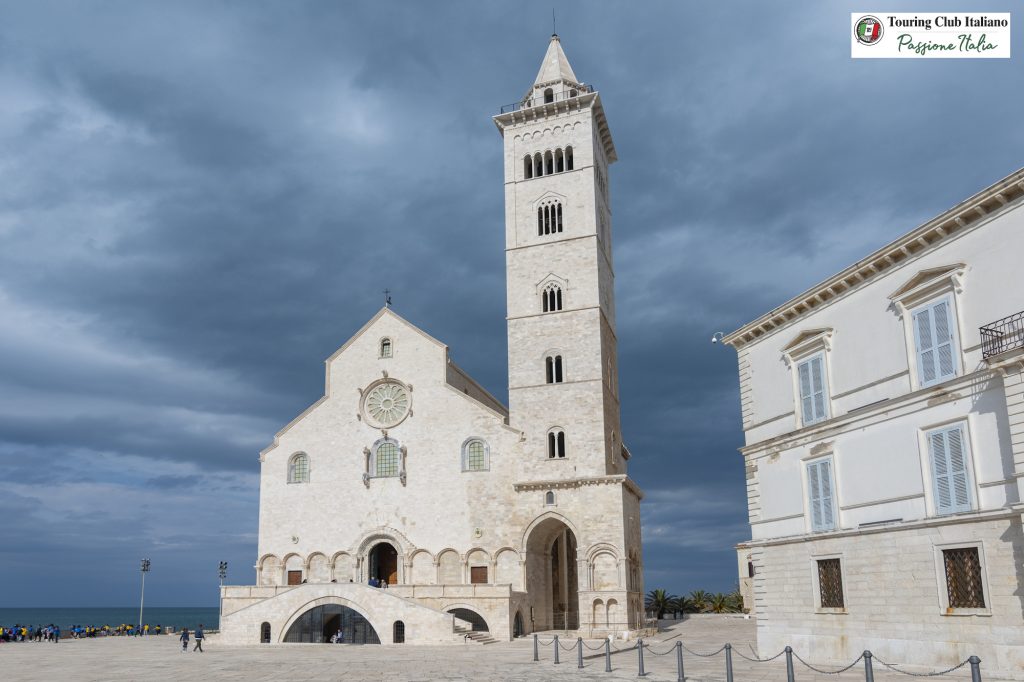